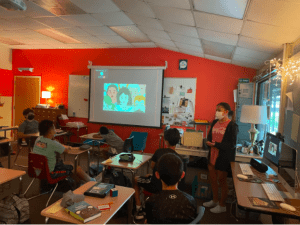 For the past 2 weeks my classmates and I have been working hard on getting our TED talks ready. You may be thinking that we actually went to give a TED talk in front of a bunch of people and we’re on the TED stage, or we used the TED filter on tik tok, but no. Good guess though!

At first I was really nervous when Mrs.Donnelly said we were doing TED talks and that we had to come up with a topic that we were really interested in. This is because I was interested in a lot of different topics. At first I wanted to do something about architecture in Chicago or something about historic buildings in big cities but I quickly figured out that that was too broad of a topic. Then I settled on sleep. Why? Well I wasn’t (still am) not getting enough sleep and I started to figure out the side effects of this and I get like everyone should know the consequences.

So once I narrowed it down to one topic I got to work! First we had to research our topic and find photos/visuals. Over time when we felt that we had enough information we began to find ways to present. All of us ended up using slides but in different ways. Earlier on our teacher started telling us tips and tricks with blog posts such as, have a concentrated pictures ,be engaged, font etiquette and so forth.  This really helped because the little things made a huge difference. 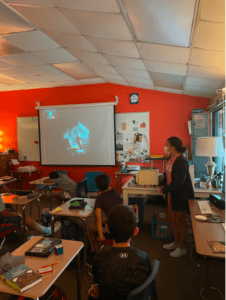 Once we stated on our slides we had the option to make note cards with our “so each” on them. Not to read off them but if at any point we forgot something then we could use them.

After some time people started to get ready to present. So we would go outside of the classroom sometimes with another person and sometimes not but we would present our TED talk, over and over and over again so each time we would find something and fix it. We would even time ourselves! That really helped if we knew we were spending to much time on a slide we would shorten it. Once it finally came time to present it was kinda nerve racking but everyone TED talk was different and really interesting! Some people did one on different RV’s, global warming, body language and even a riddle! It was so interesting to learn little fun facts.

A word of advice I have is try to go simple. Don’t over do it with pictures and stick to one main topic. Don’t start getting into a whole different topic in the middle of presents. Also try to speak at a good pace and a calm pace, use different pitches in different scenarios.