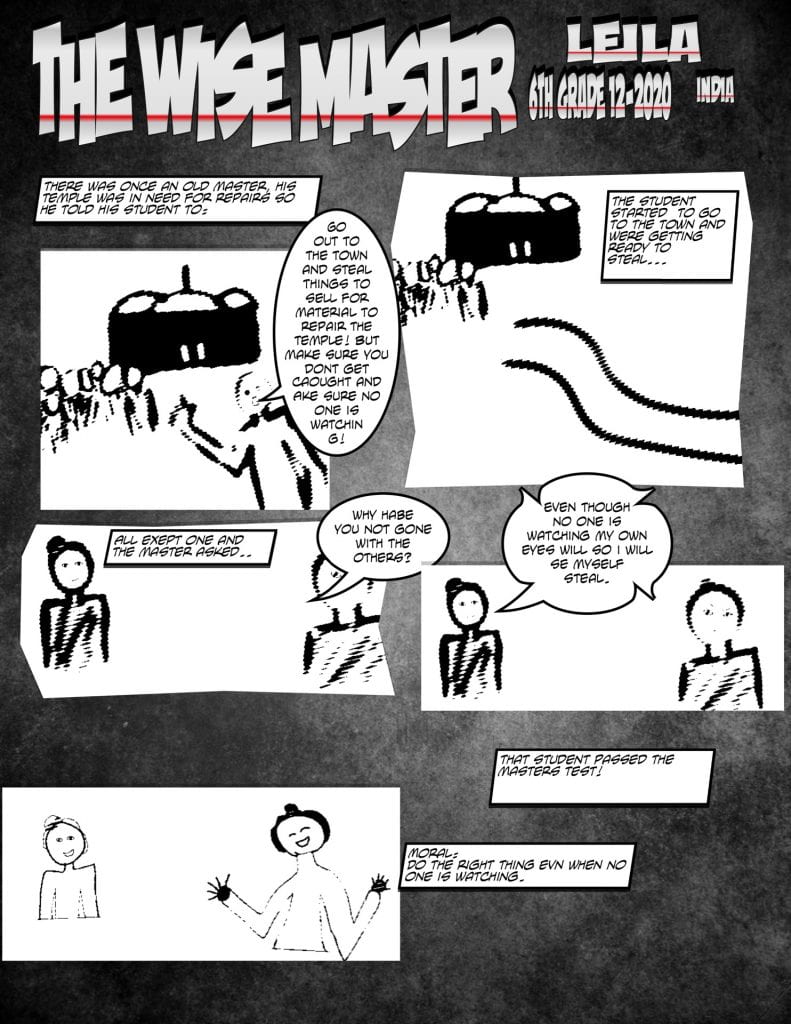 So this is my wisdom tale! It’s called The Wise Master, and it is a story from India, if you’ve read it you would know that the moral is do the right thing even if no one is watching.

What is a Wisdom tale?
A wisdom tale is a story with a moral, and they’re are normally pretty old and have been changed before being written down. Also, every wisdom tale is from a certain place for example mine is from India but we don’t know we’re exactly.

The reason I chose this wisdom tale is because it looked really fun to draw,( it was a lot!) and the story was kind of a twist to it. The app I used to create this comic is Sketchbook which is a cool drawing app and Comic Life which has a lot of formats to create a comic. So all o had to do is draw on Sketchbook and insert the photos on Comic life and I would have to do this step about 5 times.